“To preserve our identity as a people, we must do our part”

Felicita Cantun often referred as “Guardian of Culture”, “SHEro”,”Cultural Boss”, and “Maestra” is an active cultural leader noted through several initiatives she has spearheaded representing the Yucatec Maya Culture nationally and internationally.

Felicita Cantun was born on December 21 1950 in the village of Yo Creek in Orange Walk District. She is a graduate of the University of Belize with a Bachelor’s Degree in Primary Education. She served as a Primary School teacher for thirty years, and later as a principal at San Lazaro RC School.

Upon her retirement, Mrs. Cantun combined her experience as an educator with the love of her Yucatec Maya culture and became fully engaged in its promotion and safeguarding. In 2013 she translated the national anthem in Maya Yucatec Language and trained children to sing it. It was sung live on television in 2014. Felicita is also an advocate for gender empowerment and leads a women’s group “Xmeyjil Koolelo’ob” (Working Women) in Yo Creek where she teaches various skills to promote economic independence and development among the women.

In order to rescue traditional knowledge and practices on medicinal plants Felicita has formed a group of children, youths and adults “Kanan Miatsil” “Guardians of Culture”. Felicita is also the founder of the Sacred Mayan ball game and “Ek Balam” (Black Jaguars) team which represents Belize in the Mundo Maya Tournament every year since 2015. In 2017 Felicita founded the “Maya Naay” (Mayan Dream) dance group which targets the engagement of children and youths through the cultural arts and performances of traditional dances. Another talent possessed by Felicita is the ability to entertain by telling traditional stories such as El Alux, Tata Duende, La Llorona, Waay Miis and others. She has also focused on the revival of their dishes as well as the translation and teaching of hieroglyphs. She also works to maintain the spiritual aspect of the culture. She performs Maya Maya baptisms (Jeets’ Meek’), Maya Mrs. Felicita’s   passion, enthusiasm and love of her culture have truly made her a “Maestra de la Cultura”! 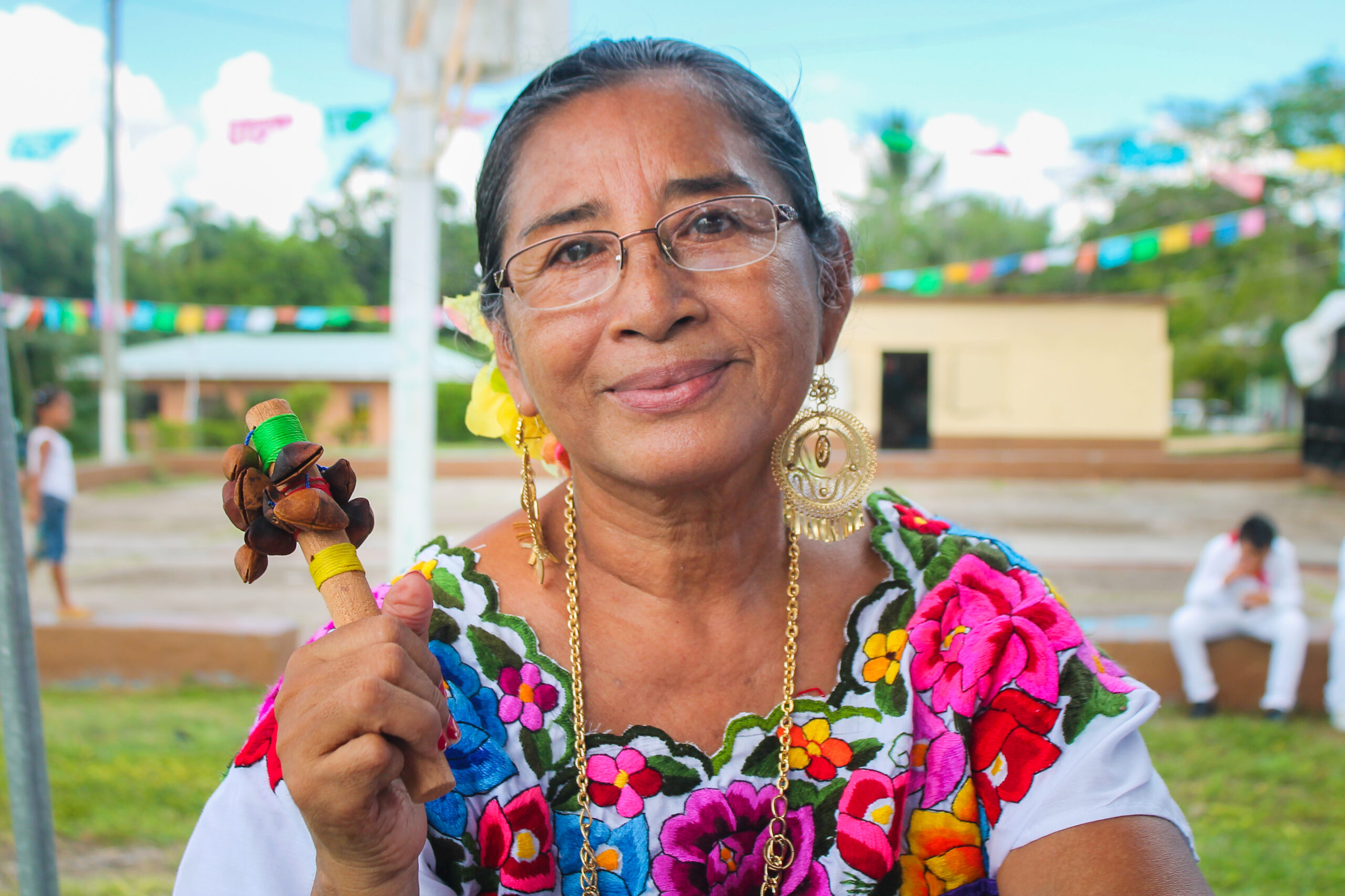