Wilfred Peters ll, popularly known as ‘Mr. Peters’ is a cultural music ambassador, and also one of the three Kings of Belize for his great contribution in the promotion and safeguarding of the brukdong music in Belize.

Wilfred Peters II was born on April 15, 1931, grew up with his mother, Dorothy and father, Wilfred Peters Sr. in Gracie Rock Village until the age of twelve when he moved to Belize City. Mr. Peters grew up in a musical environment, where his father, a mahogany camp worker and his mother both played the accordion and guitar.  When at home his father would play the accordion and his mother would teach them how to dance. It is here that young Wilfred developed an appreciation for music and learned the musical skill from his parents.  As a result he became a master of the accordion.  He has performed his brand of Brukdown music throughout the Caribbean, Europe, United States of America, Mexico and in Costa Rica. For his pioneer work in Brukdown music he is known as ‘Di king A Boom & Chime’ and ‘Brukdown Music’.

Mr. Peters along with other friends formed the Boom & Chime Band and in December 1978 they released their first brukdown record, ‘Salaman Gan’. This initiative brought brukdown music to the forefront of Belizean cultural life. 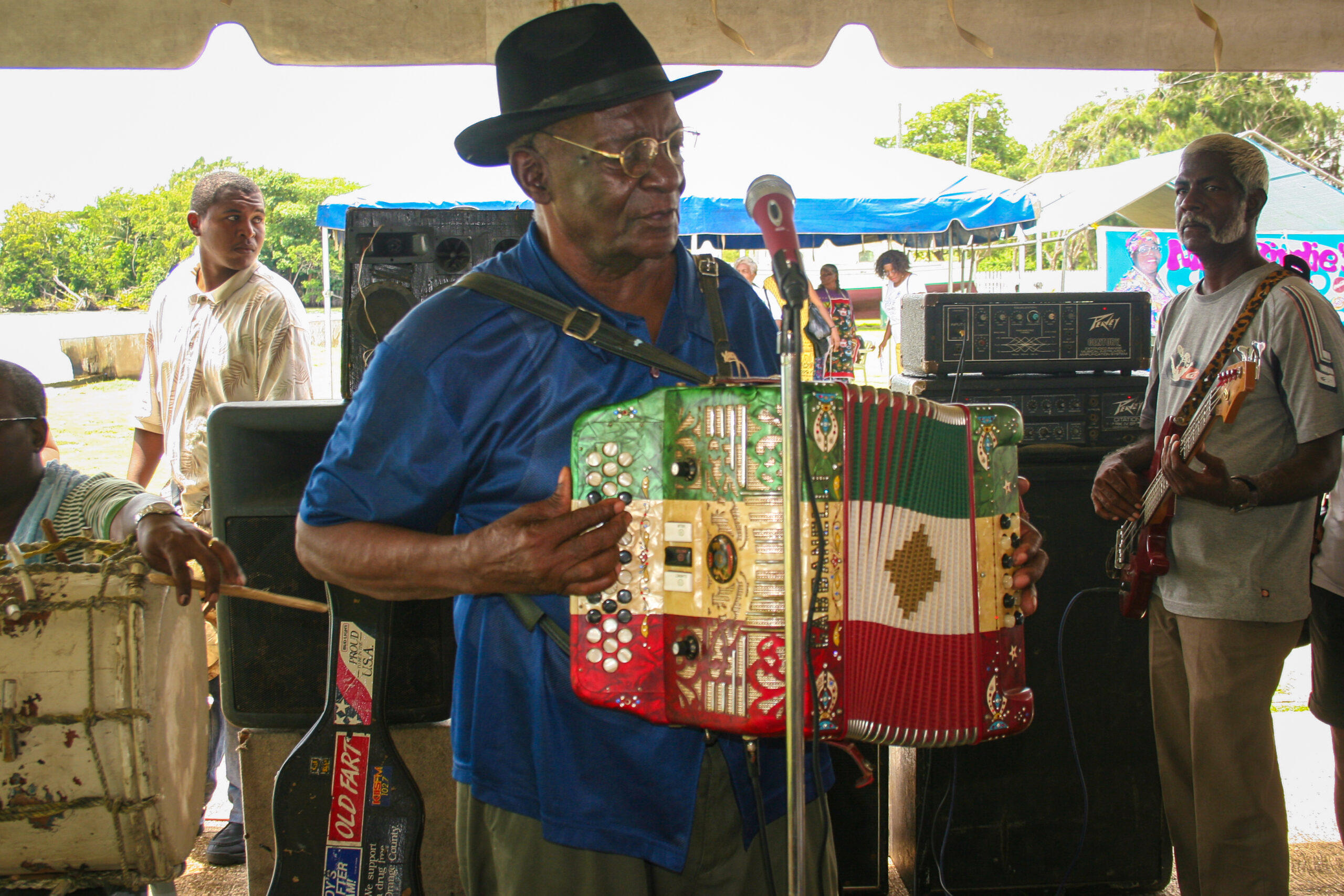